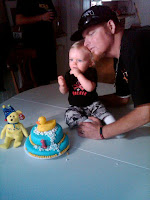 My buddie Jerrad Klingensmith died today. I knew it was coming, he had a rare form of cancer, but it still sucks. He left behind a loving wife Trasi, two boys, one Drake is 13 months, the other Zane 13 years old. I became close friends with him during our 6 and 7th grade years in school, then I moved and we lost touch.

Years later we reconnected when his band 'Vinyl Prophets' played a show for me at The Merc. I am at a loss to say much more, so here is a picture of Jerrad, his little boy Drake and the little bear we gave Drake on his first birthday last month.

http://www.KlingForaCure.org for more information on cancer and the cause.
Posted by Bill Gould at 9:43:00 PM 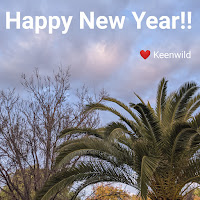