By: Bill Gould, for Menifee Buzz

If there is one signature event the City of Menifee does that residents look forward to every year, it is the Independence Day Celebration. If you are new to town, pay close attention. Most cities have a big Fourth of July event, but here in Menifee we do it a little different and have the event on the Saturday before July 4th. This year the date is June 30 and Wheatfield Park is the spot.
CLICK to read more »
Posted by Bill Gould at 10:20:00 PM

VENUE OFFERS T-TOWN A TREND
Temecula, CA – Tonight’s news has a little something on the human interest side and something for the hipster/geek music crowd that might be the next big thing for Temecula; an app to showcase your scene/club/casino/water park to the owners of ‘smart phones’. It’s the coming thing, well, actually it’s here. I had friends who were trying to bust into the app market before it blew up and that was at least two years ago.
But first the nuptials. Best Wishes to Mr. & Mrs. James Messina as of May 19thsometime in the afternoon. James, for readers who don’t know the back story of The Vault, is the current owner of Temecula Sounds, which houses The Vault all-ages music venue.
Below is the Calendar’s file photo, and I think the smile says it all.
Speaking of The Vault, Ivan Promotions has developed an app to promote The Vault and all the shows happening there for Iphone and other ‘smart phone’ style communication users. The app program is available for use with other business venues through Ivan Promotions. But have a heart, this is a big weekend for the Vault/music school staff, so please no calls or emails before Monday. Thank you kindly.

PS: It's back! Click the picture to see how big his smile really gets. The Calendar says Congratulations!

THE HUMAN REVOLUTION IN A CONCERT EVOLUTION
Temecula, CA – The Temecula Calendar in a unique opportunity, presents for the first time, The Human Revolution, performing an interactive online concert where you can hear your favorite songs and communicate with Human, the innovative collaborator behind the tribal band, and others from around the world, right from your computer! The concert will take place on Tuesday, May 8 at 10pm EST, (that's 9pm central, and 7pm on the west coast). Since there are no venue fees to be concerned about, the ticket price is super low, just $5 and the money goes directly to support Human in anti-GMO mission to inspire Americans to grow their own food! Buy your tickets here to join in the fun! You can witness what I saw at Club Zanzibar, see Feb stories section and take part in a unique live event here at the Calendar.
Buy your ticket here.
Posted by Bill Gould at 5:57:00 PM

FFHL NFL DRAFT RECAP – ROUND #1 AND SOME OTHER STUFF

BODYSNATCHERS IN OUR MIDST

AGENDA 21 CREW AIN’T YOU
Temecula, CA – There is an upside and a downside to being ‘a voice in the desert’. The upside is that sooner or later you attract an audience. The downside is that the audience you attract validates the point you were trying to make, a point you hoped you were wrong about. When I first started to add political stories to the music show reviews, I wrote about hemp, not knowing how big the medical marijuana field would become. I wrote about the downturn before the ‘Great Recession’, political corruption before the term ‘oligarchy’ gained widespread use, and CODEX before the Label GMOs campaign marched a step. Now another past story gets validation from a second witness; this time, a print source, a very conservative print source at that.
Years ago I posted a report about Agenda 21, a UN plan that is a part of the Georgia Guidestones project though I didn’t know about the Guidestones at the time. A21 is the utopian arm ideal that brings in the local people who are the eyes and ears for the whole at the top, not too unlike the central plot in Invasion of The Bodysnatchers. If society breaks down, the New World Order, now called the 0ne Percent, must have their cronies in their fiefdom. In olden days these people would have been called ‘over-seers’.
Dressed up today, many of these people walk and worship among us, like the bodysnatchers in the movie, the original – didn’t see the remake. Since these folks are stealthy, we must be stealthy also. On this side that means you have to find the Agenda 21 people in your midst. It is not that hard and the internet will help you because these people are arrogant and hide in plain sight. Go to your local newspaper website. In the search bar window, type in the words ‘Agenda 21’. The local news source should pop up any and all names who have attended these meetings put on for the local city government officials through press releases or statements. This is part of their PR program to appear benign and market to as many city government bureaucrats as possible. Make note of the local names. 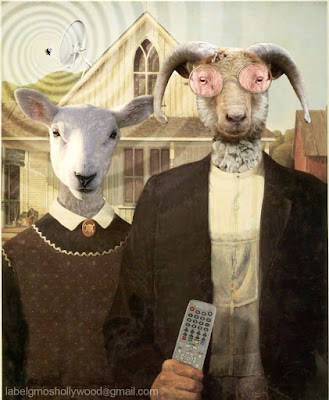 As stated in my original report, Agenda 21 comes out of a United Nations committee. Codex also comes from the United Nations. Since the ‘Military Industrial Complex’ part of Ike’s speech was edited out prior to the speech being immortalized at the UN, the MIC exists on this side of the UN while the NWO exists on the other. Although it was no stretch to find people at Occupy LA who were familiar with the UN’s Agenda 21, it is heartwarming to see a conservative print magazine disclose the evil behind Agenda 21 [print copy, Military Press, Vol.36, #9, May 1, 2012, Commentary].
When and if you hear a candidate running and they mention Agenda 21, be aware of what this ‘agenda’ really concerns. Like the 0ne Percent, there is no ‘u’ in Agenda 21. Do not be fooled into thinking that there is.
Posted by Bill Gould at 2:22:00 PM