COMEDIAN ISSUES CHALLENGE, CALLS CANDIDATE “YELLOW”
Temecula, CA – Three days to go to the ‘make it or break it’ Presidential debate Willard Romney and David Letterman is feeling the coldness from the man that makes us miss George Bush. However, you don’t snub someone on TV like David Letterman without some blowback. So presented for your funny bone’s pleasure and in case you missed it, here’s David Letterman’s broadcasted reply to Mitt (He ain’t the Gipper) Willard Romney, appearing right after the jump.

FUNNEL OF LOVE IN THE HEART OF HIPSTERVILLE 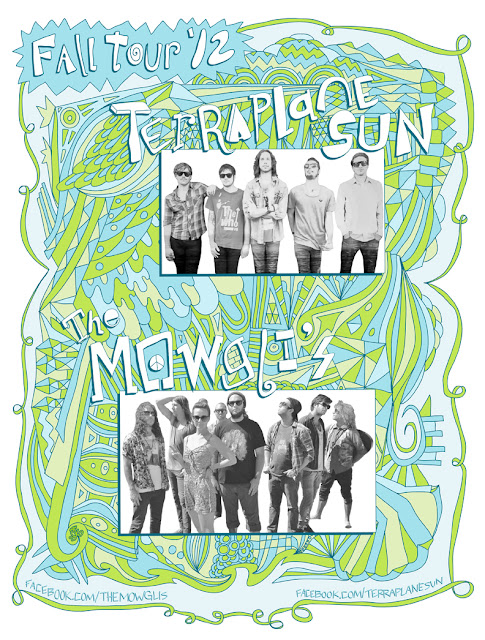 WHY MONSANTO DOES NOT ALLOW OUTSIDE TESTING OF GMOs

FRENCH STUDY REVEALS TRUTH ABOUT GMOs
Temecula, CA – In a video about a French study released to YouTube just yesterday, the Temecula Calendar releases the following scoop:
Posted by Bill Gould at 4:59:00 PM

THE BOTTOM OF THE RABBIT HOLE

US DRAUGHT CAUSED BY MEN FOR STOCK MARKET GAIN 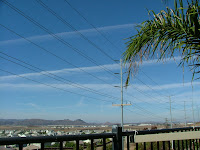 Temecula, CA – For centuries people have said, “Everyone talks about the weather but no one does a thing about it”; “It is evil for Man to play God”; and even longer Gen 11:6.
This reporter posed pictures of chem trails over Murrieta as early as 2003 in an effort to alert (and possibly unite) people to what was happening right in front of their face, or over their heads in this case. Only the music scene and Occupy are aware that such topics are not the idle talk of conspiracy theorists, it seems.
Well all that is about to change. Reserve this Sunday night for two free movie presentations from the Temecula Calendar.
In true cut-to-the-chase Hollywood style fashion, you can watch the ‘cliff notes’ 47 minute first video and skip the following two. Remember however that as you watch tonight’s episode of whatever, tomorrow morning, weather along with your family’s future will be traded on the Chicago Mercantile.

INVIEW OF LOCAL MMJ GROW PIONEERS
Temecula, CA – As stated in the forthcoming Memoirs of Mr. Pete & Mary Jane Green, Chapter 20, once an audience was established through the underground music readership via the Calendar aka Full Value Review, I revisited the political battlefield of medical marijuana. In those days there was one couple who stood up to the power of city hall, Marty and Lavonne Victor. 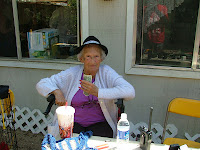 Over the years the Victors and their marijuana grow operation have been the subject of search and seizure by the feds and the local DEA stooges. Each time after a lengthy court battle, the Victors and their motley crew of patients have emerged ‘victor’-ious. (The word play is indicative of the ‘magical’ tongue-in-cheek tone of the valley)
The Victors, their mother Iris [pictured here],
and the other patients were the first medical patients that I came to know but of course not the first people that I met who used marijuana. Those folks were my peeps and we smoked to enjoy life, not to feel normal. Meeting and observing the whole ‘Victor’ clan, seeing their level of existence and mobility, you couldn’t help but marvel at the insensibility shown toward sick people trying to operate inside the legal structured framework of Prop 215 as voted in by the voters. The Victors weren’t saying make it legal, or set up storefronts, or create another bureau, the Victors were saying leave us, our collective, alone. We are abiding by the law.
Though not mentioned in Memoirs, the Victors are the reason that I got to meet Jack Herer the first time at the festival in Topanga Canyon. It was also at this festival that I met the Osburns, authors of Green Gold, The Tree of Life a marijuana source noted in Memoirs. Marty actually knew Jack before he blew up in the cannabis culture.
While I didn’t exactly issue a press statement when I got my marijuana recommendation, I did give a ‘short list’ the heads up. Marty and Lavonne were at the top of that list. I still remember the feeling of inclusion that I could feel through the phone from Lavonne. Marty’s laugh said it all in his response to my news.
Now officially a part of a kingdom that I fought for through pen and ink, figuratively, I got a call to come and be part of a grow/harvest day at the collective. What I saw amazed me. The following is my report based on my ground center view of the legal medical marijuana battlefield. As this area of cannabis culture is no less complex than any other part of Mary Jane, all political embellishment will be left off the scenario description.
Prop 215 was created to allow people who could be helped by ingesting (Gen 1:29-30) marijuana could have legal access to grow it. This could be accomplished through a collective, a single person grow, or a care-giver who grew/obtained MMJ for a patient. Records and other safeguards were to be put in place as to offer due diligence to the authorities.
Two events happened almost simultaneously to the Prop 215 medical marijuana playing field. The government, as usual, underestimated the demand for marijuana given all the jacked-up blow-back from the Adderall/Ritalin kid programs, plus the general population medicinal demand, all the while shooting themselves in the foot in a ‘backroom deal’ attempt to derail legally passed state legislation. Now the genie is out of the bottle, but not for everyone. The Victors are doing Prop 215 ‘old school’, as they say, by the numbers.
I will give you an overview so as not to divulge too many unnecessary details.
The approximately 20 members share in the harvest, receiving a gift basket at harvest-time, and they also share the duties toward the general upkeep, those that can. Obviously the aged or infirmed are carried by those less impaired, plus the other patients have ailments/operations/procedures that render them on the DL from time to time.
Regardless of individual involvement, each member receives an ample portion of the cured weed that goes through various steps and stages of curing. Because of a group effort, the cost or donation needed is next to nothing when compared to shopping a clinic, farmers market, or dispensary. Unless you consider your time to be money.
The people of this collective are a family of sorts, united by a common desire and need for a healthy(-ish) normal life. Pictured below is Marty (left) and Lavonne (2nd from left) at Purple Haze Fest 2009.
There is some drama but it’s dealt with like a small church rather than like a blood family. What you see among the ‘grow’ people who would be total strangers to each other were it not for Mary Jane Green is the reverse of collectivism. Here in the ‘grow’ there is compassion for the individual, perhaps because not one of these people is a ‘stoner’, just a fellow sufferer. Compassion is a form of love [and real Christian love, but don’t tell anyone], so I can paraphrase an old R&B slow roller, “if lovin’ a bunch of MMJers is wrong, I don’t wanna be right.” (Extra credit to those who picked up the political reference – Ed)
Prop 215 was never meant to turn marijuana into a cash cow, to be dealt out of storefronts, taxed and permitted. I don’t deny the right of that existence, but the law as written was meant to work the way it works for the Victor collective, hard work + compassion=s abundant medicine for all the medical patients involved with no outside (government or dealer) intervention.
So what happened? The city councils, the feds, and all the squares decided that they were above the voters’ wishes [for various reasons, see Memoirs –out soon] rather than comply and use Christian compassion. The result is akin to trying to control an Irish woman.
Posted by Bill Gould at 12:18:00 PM


COLLEGE, NFL KICKOFF UPDATES, and MINUTIA
Hello Football Fans,
Hope you all enjoyed the opening of the football season.  I watched the Iowa game, which for the most part wasn't very pleasant, but the final outcome makes up for it.  Clemson-Auburn was a good game, but the hype on Alabama-Michigan evaporated soon after kickoff.
Anyway, I had to cut the letter short this week, but I've included a few interesting tidbits that you may have missed.
The Fugitive Commissioner of the FFHL