THE INSPIRATION FOR MILEY CYRUS’ VMA PERSONA
Temecula, CA – Deciding to delve a little deeper inside the topic of the well written opinion piece by Summer Rain about Miley Cyrus, I found not only where she got her inspiration for the controversial performance from and saw more relevance to the Jon Lajoie rap song spoof, but found Robin Thicke’s Blurred Lines inspired a number of parodies.
Presented now as part of a still trending story is the funniest parody I saw so far, Tanned Lines, and after the jump at your voluntary discretion, is Jimmy Kimmel’s effort, the original song video, and finally at the end, the unrated version. It is the last version that inspired Miley Cyrus, no doubt. Then listen to Lajoie’s lyrics again.

(30 points extra credit to those who recognized the Marvin Gaye sample/influence - Ed, thanks Woody/Spoonbills)
Posted by Bill Gould at 9:12:00 PM 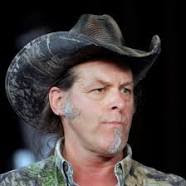 Temecula, CA – At a time when most retired judges would be bass fishing, relaxing at the cabin in the woods, or just recluse themselves from the public eye, my closest in age first cousin, Wiley Young Daniel, is bound for Motown to help the town of Detroit, the home base of Ted Nugent, the Motorcity Madman. I mention this in passing because the outspoken graying musician’s tour this year is called the ‘Black Power Tour2013’ and MSNBC carried Nugent’s anti-Trayvon Martin rants for weeks it seemed.
Chief Judge Gerald Rosen recently announced the members of the primary team of mediators who will work with him on the mediation of major issues in the Detroit bankruptcy, the largest such case in our nation's history.
Chief Judge Rosen, who was appointed as the lead facilitative mediator by presiding Bankruptcy Judge Steven Rhodes, said,
"We are very fortunate indeed that some of the leading federal judges and private mediators from Michigan and around the nation have agreed to assist Judge Rhodes and the parties in attempting to resolve the many challenging issues confronting Detroit in this case. This initial team brings a wealth of widely recognized experience and expertise to the mediation process that will provide the parties with a confidential, neutral forum to discuss their respective positions. There are literally thousands of claims and issues in the case, and the team's initial work will focus on the major issues at the outset of the case. As the case develops, additional mediators may be asked to assist us with other parties and issues. I look forward to working with the mediation team and the parties in forging a facilitative process that will provide the best opportunity for the successful resolution of as many disputes as possible, so that Detroit and our region can move forward to realize their great potential.”
The initial meeting of the mediation team with the major parties will be held on September 17, 2013. Joining Chief Judge Rosen on this initial mediation team will be:
- U. S. District Judge Victoria Roberts was appointed to the Bench of the Eastern District of Michigan by President William J. Clinton in 1998. She is a native Detroiter and a Past President of the State Bar of Michigan, which has conferred on Judge Roberts its two highest honors. Before her appointment to the bench, Judge Roberts was in private practice and served as an Assistant United States Attorney. She now is an adjunct professor at the University of Michigan Law School. Judge Roberts has extensive experience facilitating, arbitrating and mediating cases.
-- U. S. Bankruptcy Judge Elizabeth Perris of the District of Oregon, is a bankruptcy judge of almost 30 years experience, has served two terms on the Bankruptcy Appellate Panel (BAP) for the 9 Circuit, as well as a bankruptcy trustee, and has served as the Judicial Mediator in the municipal bankruptcies of Vallejo, Stockton and Mammoth Lakes, California.
Judge Perris has taught at Lewis and Clark and Willamette University Law Schools. Judge Perris is the author and co-author of a number of respected bankruptcy publications and was awarded the 2012 Distinguished Service Award by the Bankruptcy Inn Alliance of the American Inns of Court. Judge Perris is widely recognized for her expertise in municipal bankruptcies as well as for her mediation skills.
-- Senior U.S. District Judge Wiley Daniel of the District of Colorado, was appointed to the Bench in 1995 by President William J. Clinton, has served as Chief Judge of the Colorado Federal District Court, President of the Colorado Bar Association and President of the Federal Judges Association. Judge Daniel is a former resident of the Detroit area, having practiced law and taught law school in Detroit for six years.
-- Former U.S. Bankruptcy and U. S. District Judge David Coar was appointed to the Bench of the Northern District of Illinois by President William J. Clinton in 1994, after serving as a U.S. Bankruptcy Trustee and a federal Bankruptcy Judge in Chicago, and has been a law professor and Associate Dean of DePaul Law School (Chicago) and a Sergeant in the U.S. Marine Corps. Judge Coar left the federal bench in 2010 and has been a private mediator on large high profile cases, including the Mammoth Lakes, California municipal bankruptcy.
-- Eugene Driker, a native Detroiter and co-founder of the Barris, Sott, Denn & Driker Detroit law firm, is widely recognized as a dean of the Michigan bar and a civic leader. Mr. Driker has litigated major business and commercial cases for over 50 years in the state and federal courts, and has represented numerous high profile public and private figures and entities. He is considered one of the leading mediators in Michigan, having been appointed by both state and federal judges, as well as lawyers from all over the country, to assist in the resolution of over 150 cases. Mr. Driker will be awarded the Champion of Justice Award by the State Bar of Michigan next month. 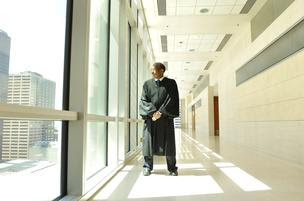 Asked about race, aka diversity, as far as Denver judicial circles go,
“I think we’ve seen some backward steps in recent years. … I really think law firms have not found a comfortable way to deal with diversity and inclusion on a long-term basis,” said Daniel, who’s a senior judge in the U.S. District Court for the District of Colorado and acted as the court’s chief judge from 2008 to 2012.
GO Cuz!!
Posted by Bill Gould at 6:47:00 PM

Perris, California - A small fire burned a mobile home and a car on Navajo Road in Perris on Wednesday August 28. No injuries were reported, below is a video of the scene.

Wildomar: Man arrested for exposing himself and annoying minors

the area of Orchard and Lemon streets, in the city of Wildomar.  A Hispanic male, 22 years, driving a green Geo four-door sedan, approached the juvenile and attempted to get the juvenile into his car. The juvenile fled the area on foot and sought safety at a nearby business. The suspect fled the area in the green car and the juvenile made it safely home. The juvenile provided family members with the car’s description and they provided it to the Wildomar Police.
On Friday, August 23, 2013, at 5:09 PM, a Wildomar Police officer spotted the green car and a Hispanic male who matched the description of the suspect near Limited and Spring Streets in the City of Lake Elsinore. The suspect was pulled over and talking to an adult female who was collecting cans. The suspect was arrested a short time later after he was positively identified as the man who attempted to harass the victim the day before.
On Friday, August 23, 2013, at 5:52 PM, another female juvenile reported to the police that she too was harassed by the same man, near the area of Lincoln and Riverside Streets, in the City of Lake Elsinore at 4:00 PM. In the second incident the female juvenile was walking alone near the area of Lincoln and Riverside when the man in the green four door sedan pulled his car over and asked the victim if she wanted a ride. When the juvenile refused the man exposed his genitals in view of the juvenile. This juvenile also ran from the area and made it safely home. An adult citizen reported to the police that he witnessed this incident and reported the same description of the man and vehicle. Deputies found several other adult women near the park, at Main and Limited Streets in Lake Elsinore, who said a man matching the description, pulled over and harassed them on various dates and times over the past week.
Investigators believe there may be more victims in the areas of Wildomar and Lake Elsinore. Anyone with that may have been approached by this suspect to call Investigator Pelato at 951-245-3300. Nicholas Mario Martinez, age 22, was arrested and booked at the Southwest Detention Center. Since this is an ongoing investigation, no further information will be released at this time. Anyone with information pertaining to this case is encouraged to contact the Lake Elsinore Police Department at (951) 245-3300, or after hours at (951) 776-1099.
Posted by Bill Gould at 4:20:00 PM

GETTING READY FOR COLLEGE KICKOFF WEEKEND 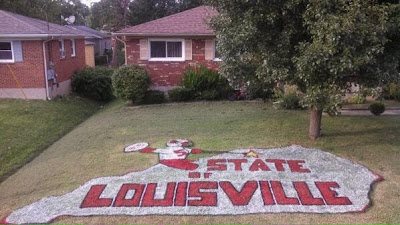