FROM THE DESK OF THE “FUGITIVE” COMMISSIONER
Hello Football Fans,
Since the media has another week almost to conger up things to discuss leading up to the Super Bowl, I guess that's what is happening with this letter as well. 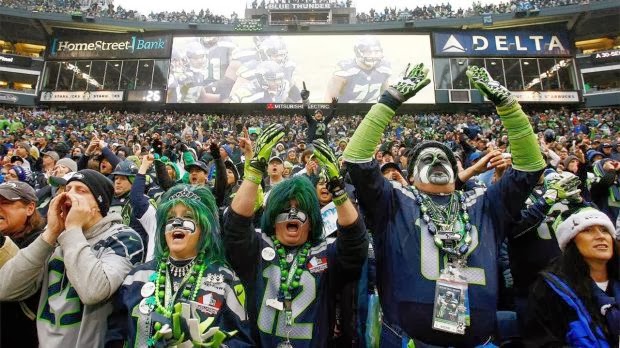 Upon request from a few loyal readers, here is the latest.
Enjoy,
The Fugitive Commissioner of the FFHL
During the two-week wait between the conference title games and the Super Bowl, many stories get blown out of proportion because there is nothing better to talk about.  Following are a few discussion items during the hiatus.
NFL
RICHARD SHERMAN
The Seattle cornerback’s post-game interview took on a life of its own, just as if spontaneous generation was possible.  The Seahawks had just beaten San Francisco on an interception in the endzone, the pass having been tipped by Richard Sherman himself to prevent a Niners’ go-ahead touchdown.  The Seattle victory meant that his team would be playing in the Super Bowl in two weeks.  Sherman’s rant became nearly as big of a story as the result of the game. 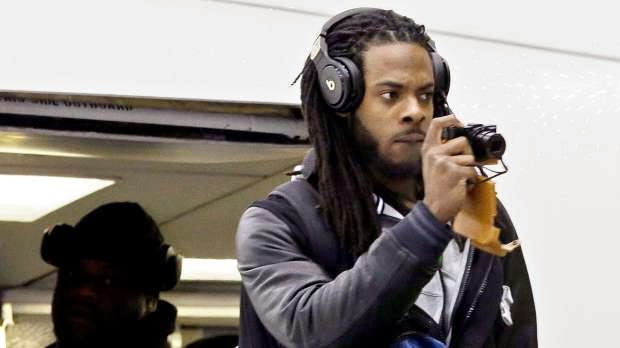 See you next season unless I do an after Super Bowl letter, or the Gambling Police catch me at my bookie's - TFC
Posted by Bill Gould at 10:35:00 AM 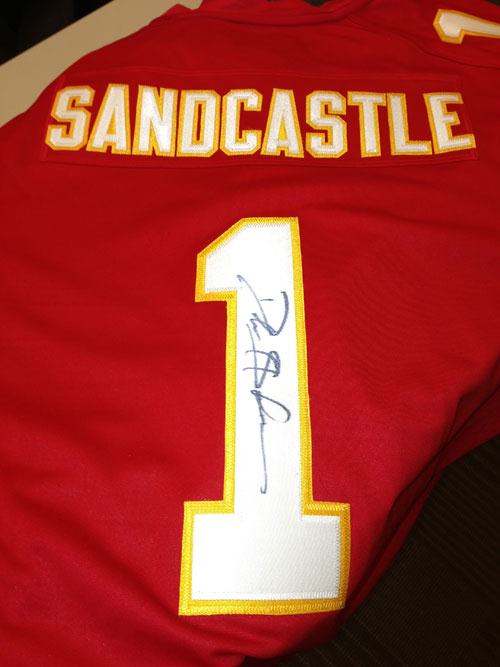 Temecula, CA – In an effort to fatten the TV market share of the Pro Bowl, a football game forgotten by everyone except those into sports jock strap minutia normally played after the Super Bowl, the game’s playing schedule has been moved forward 3 weeks to this weekend.
On top of the schedule advance, three of the most famous running backs of time, Jerry Rice (SF49er fame), Deion Sanders (Dallas Cowboy fame), and Leon Sandcastle (#1Draft choice KC Chiefs, 2013 Madden NFL fame) have been added to bring viewers in.
After the jump we take a look back at Sandcastle’s first appearance from out of nowhere, it seemed.

And then to the t-shirt that is making the rounds at present in some sports circles and the man behind it, again, after the jump.
Of course we all know Sandcastle is Deion Sanders in real life, but the Richard Sherman controversy is more media spin, as we see in the clip below about the 'You mad, bro' dust up prior to the Crabtree cut down.
Posted by Bill Gould at 4:53:00 PM

WHEN OUTRAGEOUS MEANT SOMETHING IN SPORTS
Temecula, CA – Building up to the Super Bowl is the usual heightened controversy which seems to happen every year. I love the Super Bowl, and I don’t watch sports. This year however, the bone of 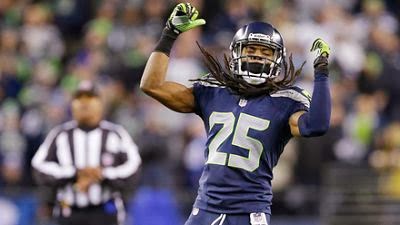 contention is a player’s after game, seemingly off-point interview on camera. The player’s name is Richard Sherman, and he hails from So Cali just up the road in another city called Compton. The ‘straight-outta’ place of Los Angeles.
Watching the game and the interview, since Sherman (Seahawks) had just made the game defining end play, I was surprised to hear the taunts made to/about the player bested in the play. But rather than a quick judgment, you could tell there was some past resentment between the two that wasn’t team competition.
With 60 million watching the incident, the outburst has grown beyond the person to the core level of being yourself. Coming from an extended family containing a college professor (Santa Barbara), a VP for General Motors (Detroit), and a judge helping to decide Detroit’s bankruptcy, I can relate to being yourself and how that can get you into trouble. And I didn’t come from Compton.
The first quote comes from our own Fugitive Commissioner who dodged the gambling police to deliver this.  ‘Johnny Unitas was the ultimate competitor, as this anecdote by Bubba Smith affectionately exemplifies:
“A guy broke through the line, hit him [Unitas], and pushed his head in the ground. He called the same play, let the guy come through and broke his nose with the football. I said, That's my hero!”’
This link will take you to another sports opinion about Richard Sherman and this video below with the man who graduated Stanford with a 4.0 and is now working on his Masters is for your viewing education. But in the end, one commenter sums up what we knew at Occupy LA.

“They headed straight for Sherman the second the game ended because they know he's a very emotional player who just made what may go down as the defining play of a stellar career and they KNEW they were going to get a high-voltage interview. They knew EXACTLY what they were doing and got the response they wanted. Sherman had a boring day up til that play because Kaepernick never threw his way.”﻿
Posted by Bill Gould at 3:06:00 PM

I have been making my own biscuit mix for years now.  Once we learned Bill was no longer able to eat wheat or gluten, the convenience of grabbing a box a Bisquick went out the window.  Anyone with the same affliction knows the gluten free box is 3 times as expensive and 3 times smaller than the regular gluteny one.  If you were just a single person that might be okay, but not for a family.  I do not want to make 2 different batches of biscuits.  I just make everything gluten free.  Something that is not cost effective using the ready made stuff.

Lately I have noticed a lot of stores have started carrying ready made mixes for "Red Lobster Cheese Biscuits".  Having made these myself for years, I thought I would share my recipe.  No sense in spending $4 for a bag that will only make you 12 biscuits and is full of preservatives.  And for good measure, I am sharing my biscuit mix recipe as well.  Enjoy! 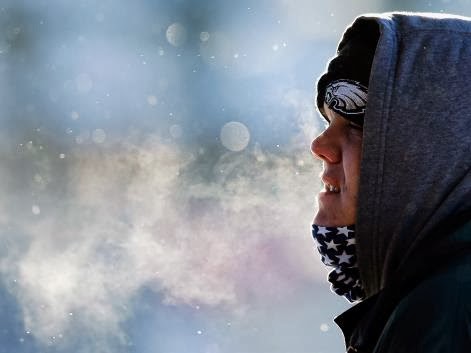