AND THEN THERE WERE THREE

WILEY Y. DANIEL – R.I.P.
BSC, CA – In a strange weekend which began last story, on the Friday before the wedding, I received news that my first cousin had passed away. For about 48 hours this part of my life was bottled up, now I get to talk about my cousin, one of the family members I was most proud of. Wiley was a Colorado Supreme Court Judge. This is not an everyday occupation, but we never talked about that. I did visit him a few times at where he worked, especially after 911. The guards chuckled at seeing my pipe show up on the x-ray machine.
Most of the time I saw Wiley, either as I was going through Denver, or was visiting him. In my stays there over the years, we rarely talked about his work [lawyer] or career [judge], but I saw his environment. And we never talked politics or culture. We had grown up almost as brothers since birth, only being a year apart. So when we got together as adults, we didn't have to talk about the world, we just talked about stuff. Sports sometimes, if the time was right. 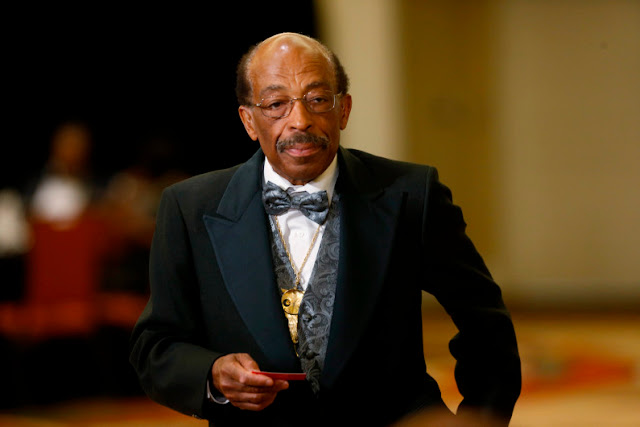 One visit I showed him an old trick learned from having 'city cars' that got his jeep started. Plus he was always a gracious host, both he and his wife, Ida. Like all of my family I am proud of, I have to admit, having a judge in the family is better than a doctor. Wiley represented the 'silent minority' of blacks you don't hear of normally, unless they get famous like Clarence Thomas. These are successful blacks, raised by two professional parents, who graduated college, then went on to the highest possible position their education could bring them. Wiley was at the peak of the pecking order in the fam to me.
On one such visit we went to his church worship. The service was very orthodox [Protestant], but as I watched Wiley greet or be greeted by various other members, I saw the smile of his mother and warm greeting from his father. That side of Wiley I enjoyed the most. The side which always wanted to do the best and help organize it. These are the qualities of a community leader. Wiley led an active civic life socially, much like his mother and father.
This side surprised me on the occasion of my 70th birthday by having a family reunion up in LA. I was honored, and humbled to be thought of in such a way.
Though our public paths rarely crossed, they did so recently. The first time was the Detroit Municipal Bankruptcy. I had visited that city back when Motown was there. Wiley had also worked there his first six years out of law school before Denver. The Denver newspaper did a story on the locals who went to Detroit [2013]. The whole case went on for awhile, taking about two years, I believe.
Shortly after the Detroit thing, I was listening to a newscast by Anonymous about the back door effort by HRC minions to circumvent the electoral college in declaring a Democratic outcome. There were three Supreme Court Justices in 3 different states listening to appeals. Wiley was one of them. All three Judges gave the requests a thumbs down. As far as I was concerned, Wiley stayed true to his values as a Judge and did the correct thing. I wrote a story on that surprising newscast and sent it to him.
I guess the most recent dialogue that Wiley and I had was via email. We hardly ever talked by phone, though I can still hear his voice in my mind. I talked about the re-edit of my book for kindle, or KDP. Besides inserting more punctuation to better show clause ideas, I recalled an earlier family visit that corrected what I remembered in my retelling. In short, I was wrong about my conclusion and planned to correct it in the KDP edition. I let all 3 cousins know of the corrections. As Wiley was the one who did a family tree [that I know of], I always informed him of things. Wiley remembered birthdays, names, occasions, events, especially since we cousins no longer lived in spitting distance of each other.
Since Wiley wasn't sick or frail like the people you see in ads or on the bus, the news of his passing caught us all by surprise. It brought the reality of our mortality home to us, the cousins of our generation. Now we are down to three. 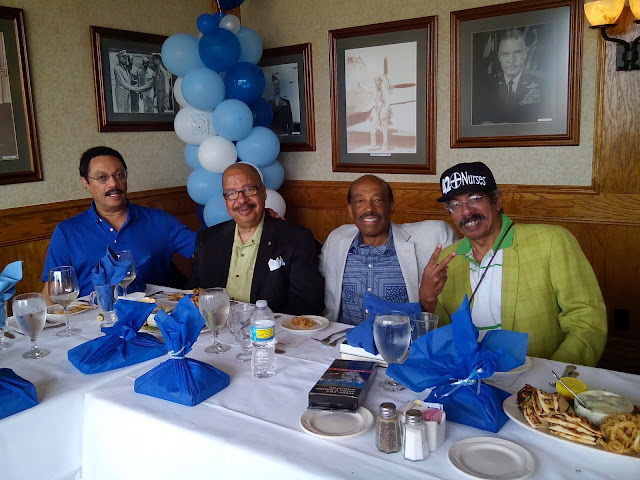 I have the sadness from not seeing Wiley again until I cross over. His life though, to me, was perfect. He got good grades in school, graduated college, got married, went to Law School and then into practice. He moved to his wife's home town, and established himself. He became a father three times, giving birth to 3 successful children. His first wife was his only wife. Wiley followed the plan a long time before Ben Shapiro took credit for naming it, and so became a pillar in his community there.
Wiley's journey was completely different from mine and for that, I was glad for Wiley. I was proud of his life and for him being a Judge. Beneath what the world made us, there existed a bond where Wiley always knew what to make of whatever I said. If I could see him one last time, it would be to give him a big hug and say, 'You have lived a life to emulate, in becoming a Judge, in being a Man, and in leaving a legacy. For me though, this is bittersweet. Rest well, Cuz, enjoy Paradise, and say a blessing for the rest of us still here.'
Wiley Young Daniel R.I.P.
Posted by Bill Gould at 8:00:00 PM